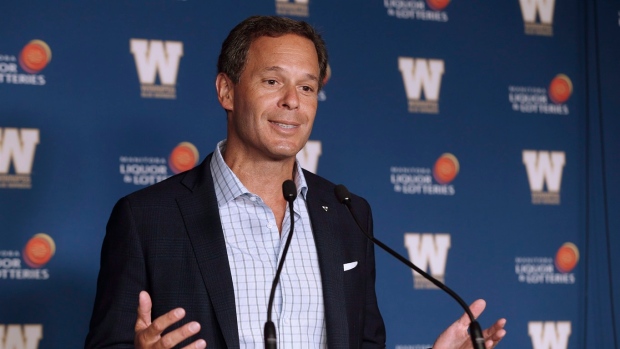 Every Grey Cup week serves as a barometer for the Canadian Football League as to where it sits in the national consciousness, its strengths and its challenges.

As the final Grey Cup under outgoing commissioner Mark Cohon, it’s fair to look back and say his eight-year run has marked a period of stability and growth for the CFL.

Since Cohon took office, there have been five stadiums either built, refurbished or that are underway right now. A possible sixth in the works as talks continue between the Toronto Argonauts and Maple Leaf Sports and Entertainment about a possible move to BMO Field.

The CFL is in the first year of a new television deal that pays it handsomely in comparison to the one that expired at the end of last season.

Cohon is the first commissioner of any significant duration in a generation not to have a team go bankrupt during his term and the great threat of the NFL’s potential move into Toronto has never seemed less likely in the past 25 years than it does today.

That said, there are some clouds on the horizon that the CFL needs to address quickly in order to sustain the overall momentum it’s enjoyed over the past decade or so.

First and foremost of those is Toronto, where the Argonauts have rarely been as less relevant than they are today, buried under the attention paid to the city’s other pro sports franchises and without a venue that allows them to attract fans through a live game experience.

Then there is Montreal, a great comeback story for the CFL since returning to the league in 1996, which has seen attendance dip in recent seasons and drew just 15,000 fans to a playoff game two weeks ago.

Staying with attendance, this week in Vancouver marks the first non-sold-out Grey Cup game in at least a decade, which is the kind of conversation you don’t want out there during your championship week celebration.

But perhaps the most important thing the CFL needs to address is the product itself. The CFL game this past year was more defensive, less explosive and less exciting than it used to be. There are all kinds of theories why, from expansion to injured quarterbacks to changes in officiating or the composition of rosters as part of a new CBA. Whatever it is, the CFL needs to solve it and fast. Those claims that CFL fans love to make about their game being more exciting and wide open than the four-down game right now don’t apply anymore and it’s hard to build a younger generation of fans when your product suffers not just in terms of star power in comparison to the NFL, but in entertainment value, as well. A more exciting game has always been the ace up the sleeve for Canadian football and its fans, but right now that’s not a card it can play.

These are not the bad old days when the CFL leapt from crisis to crisis, but nor is it a time the league can afford to rest on the relative stability it has ridden to get here.