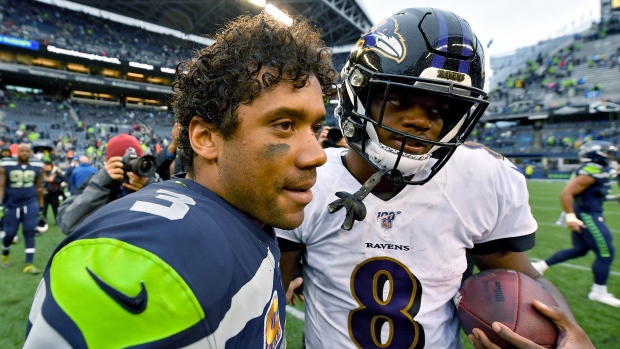 New England, Baltimore and Seattle have the simplest NFL playoff scenarios going into Week 14: Win on Sunday and they’re in.

The Patriots (10-2) can clinch their 11th straight trip to the playoffs with a victory at home against AFC West-leading Kansas City. The Chiefs (8-4) are in with a win and an Oakland loss.

New England reached the post-season in 16 of coach Bill Belichick’s first 19 seasons. The Patriots, a game ahead of Buffalo in the AFC East, have several ways to get in with a tie this week.

The Ravens (10-2) have the edge on New England for the AFC’s top seed because of a win over the Patriots. Baltimore clinches a playoff spot with a victory at Buffalo and wraps up the AFC North with a win and a Pittsburgh loss or tie.

Baltimore and New England each have a far-fetched scenario to get in with a loss.

The Bills (9-3), who have won three straight games, need help to get in this week if they win.

The Seahawks and San Francisco are tied for the NFC West lead at 10-2. Both will qualify with victories because Seattle is playing the two-time defending division champion Los Angeles Rams. If the Rams lose, the 49ers are in with a win or tie at New Orleans.

The NFC South champion Saints (10-2) are the only team to clinch so far.