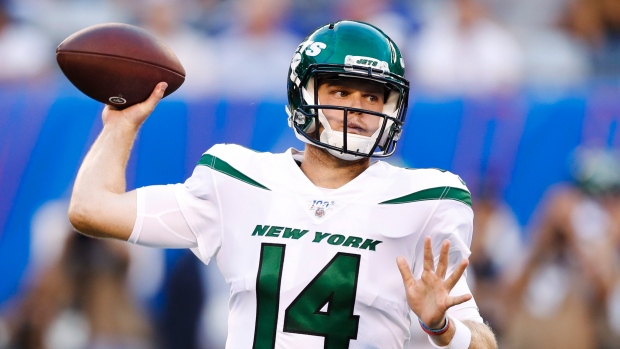 New York Jets quarterback Sam Darnold has been cleared to play this week, according to multiple reports.

Darnold has been out since Sept. 11, when he was diagnosed with mononucleosis, three days after the team's season-opening loss to the Buffalo Bills.

The third overall pick in the 2018 NFL Draft, Darnold has a 4-10 record as a starter with 18 touchdowns to 15 interceptions.

The Jets, who dropped to 0-4 with last week's 31-6 loss to the Philadelphia Eagles, will host the Dallas Cowboys on Sunday.

Through four games this season, the Jets have managed to post just 39 points.