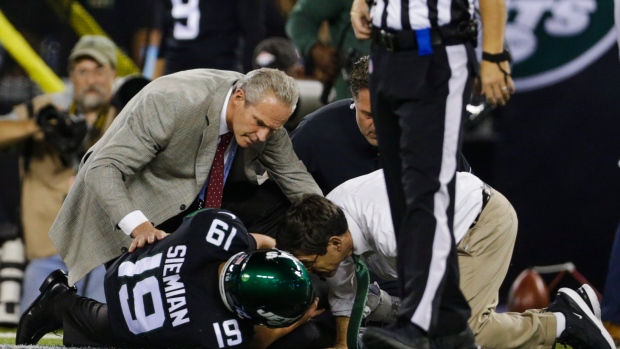 The injury to Trevor Siemian Monday night did not look good. The diagnosis was worse.

Trevor Siemian had ligament damage... not a broken bone, per Adam Gase, who said it's "ugly." He'll have surgery.

According to head coach Adam Gase, Siemian will miss the rest of the season because of ligament damage in his left ankle.

"It's ugly," said Gase, who added that Siemian will have surgery to fix the issue.

Siemian left the game in the second quarter and did not return when his leg buckled awkwardly under him while being tackled. Prior to his departure, Siemian was 3-of-6 for three yards passing.

Speaking of Falk, Gase said he will be the team's quarterback until Week 1 starter Sam Darnold returns from mono. Darnold was expected to be out a few weeks after being diagnosed with the illness last week.

Things won't get any easier for the Jets (0-2) as they face the New England Patriots (2-0) next weekend in Foxboro.