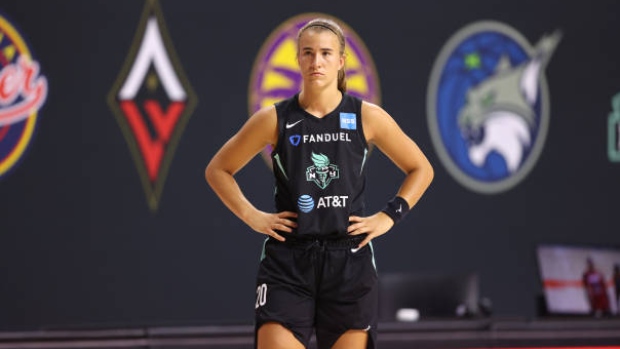 According to Shams Charania of The Athletic, X-rays on New York Liberty rookie Sabrina Ionescu's left ankle returned negative and showed no fracture after she suffered an ankle sprain tonight against the Atlanta Dream.

Ionescu rolled her ankle in the second quarter as she was pushing up the court and her foot came down on the foot of the Dream's Betnijah Laney. She was helped off the court with the help of two team personnel and did not return to the game.

In her first two WNBA games, Ionescu has impressed, averaging 22.5 points, 6.5 rebounds, and 5.5 assists to start her professional career.

She was chosen first overall by the Liberty at the 2020 WNBA Draft after a four-year career at the University of Oregon.