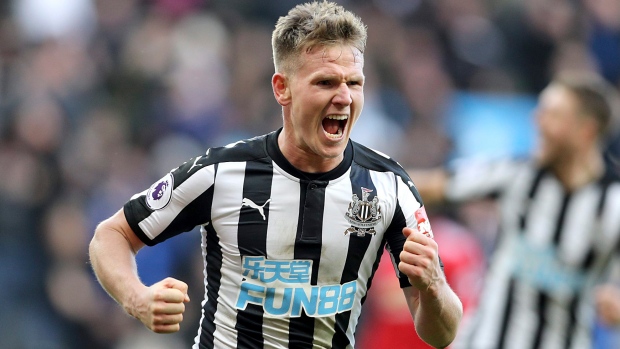 Newcastle's Scotland midfielder Matt Ritchie is facing what manager Steve Bruce is calling a "lengthy lay-off" with a shoulder injury.

Ritchie, 31, came off injured in the 61st minute of Sunday's 1-1 draw with Tottenham Hotspur.

Bruce compared the injury to one incurred by teammate Fabian Schar in July. The Switzerland centre-back remains out of action from it.

"It's a very similar injury to Schar, disruption of the joint, so how unfortunate are we?" Bruce said ahead of Wednesday's League Cup encounter with League Two side Newport county. "To have one is bad enough, but to have two in a matter of weeks is incredible."

Signed from Bournemouth in 2016, Ritchie is in his fifth season with Toon.

Newcastle is back in Premier League action on Saturday when they host Burnley.