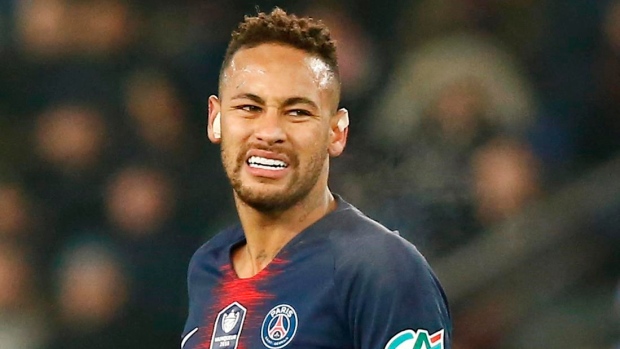 NYON, Switzerland — UEFA has rejected an appeal by Paris Saint-Germain against Neymar's three-match Champions League ban in a case that can now go to the Court of Arbitration for Sport.

UEFA says its appeals panel confirmed the ban on Neymar for "insulting match officials" after PSG was eliminated by Manchester United in March.

After the match, Neymar published profane comments about video review officials who helped give United a stoppage-time penalty in the 3-1 victory.

Neymar, who was injured and did not play, said the video assistant referees "do not understand football."

The UEFA ruling means Neymar will miss half of the six Champions League group games next season.

PSG and Neymar have 10 days to file an appeal at CAS.