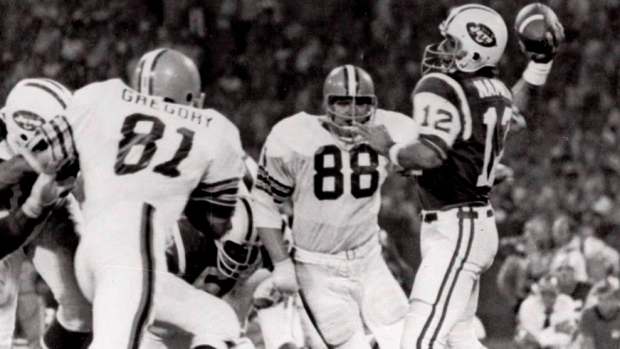 Celebrate the 100th anniversary of the National Football League with two special centennial programs on TSN, the TSN App and TSN Direct.

The NFL and the Associated Press (AP) came together to select the 100 greatest across five categories - Plays, Games, Characters, Game Changers and Teams. Supporting the rankings, NFL Films conducted more than 400 interviews with celebrities, current NFL stars and Legends that will air across 20, one-hour episodes with four episodes dedicated to each topic and contributions from notable personalities in the world of sports, entertainment and pop culture.

Host Rich Eisen, along with Cris Collinsworth and Bill Belichick, will be joined by special guests to crown the NFL 100 All-Time Team – a roster of 100 players and 10 coaches named "The Greatest" in their respective positions, determined by a blue-ribbon panel.