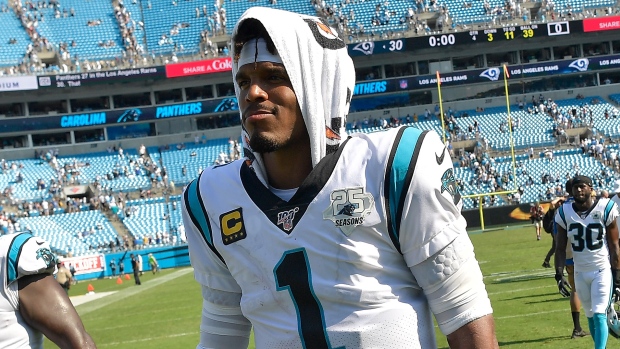 It isn’t like we didn’t know Bill Belichick is capable of something like this. Still, when news that the New England Patriots reportedly agreed to terms with Cam Newton, the timing seemed to catch pretty much everybody off guard.

According to ESPN’s Adam Schefter, league sources had told him that Newton reached an agreement on a “one-year, incentive-laden” deal with New England.

It didn’t take long for the betting futures markets to react to the news.

The Patriots were the odds on favourite to sign Newton at +500.

However, that market had been pretty quiet for a couple of months.

There was a substantial amount of conversation surrounding the belief that Jarrett Stidham would be Tom Brady’s immediate successor.

Plus, enough time had passed since the start of free agency that it seemed a little more plausible the Patriots just weren’t interested in bringing in a veteran starter before the season.

So when the news broke that a deal was done, it definitely turned some heads.

That’s still a much bigger number than either the Kansas City Chiefs or the Baltimore Ravens to win it all out of the AFC.

The defending Super Bowl champion Chiefs are the favourites at +500.

Then there are the four NFC teams still listed ahead of the Patriots in the Super Bowl futures markets, including Brady and the Tampa Bay Buccaneers at +1200.

Only the Chiefs, Ravens and Indianapolis Colts have shorter odds.

In the AFC East, New England moved from +140 as the second choice behind the Buffalo Bills to the favourites to win the division at +115.