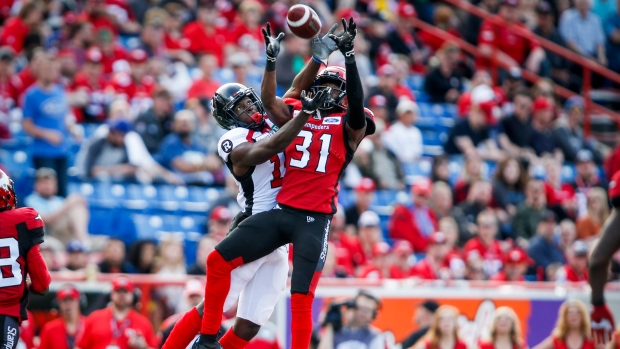 Typically in December, CFL players have been allowed to work out for NFL teams, but that hasn't been the case this year.

According to TSN's Farhan Lalji, the NFL has not approved the possibility of CFL players currently under contract trying out for NFL teams, which has led to unrest among some CFL players and agents.

As the calendar turns to December, there is plenty of unrest among some #CFL players & agents, as the #NFL still hasnt approved the possibility of players under CFL contracts trying out for NFL teams. The CFL re-opened the NFL window in Aug 2018 for all contracts... @CFLonTSN 1/2

3/3... Other names that would have had #NFL interest include: #Stamps Tre Roberson & Nate Holley. #Eskimos Kwaku Boateng, #Riders Dakota Shepley, #Als Trey Rutherford. Some signed longer deals thinking they could still tryout. The two leagues are still in discussions. @CFLonTSN

Despite being under contract, the CFL still allows its players to work out for NFL teams, as per the NFL Window that was re-opened in August of 2018. Per Lalji, the NFL has sent out a memo that directed its teams not to work out any players under CFL contracts for the 2020 season.

Players who could personally be affected by the NFL's decision are cornerback Tre Roberson and linebacker Nate Holley of the Calgary Stampeders, defensive lineman Kwaku Boateng of the Edmonton Eskimos, offensive lineman Dakota Shepley of the Saskatchwan Roughriders and offensive lineman Trey Rutherford of the Montreal Alouettes, all of which Lalji believes would have garnered NFL interest.

Lalji adds that some CFL players signed longer contracts thinking that they would still be able to try out for NFL teams before the end of their contracts.

Discussions between the CFL and NFL are still ongoing, according to Lalji.