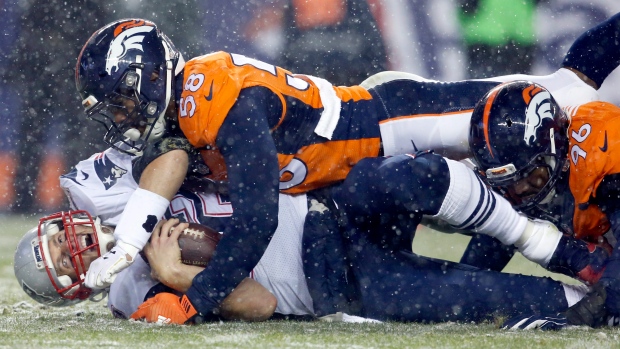 Dial was called for a debated roughing the passer penalty on Arizona's winning drive. While the 49ers thought it was clean, Palmer said Dial "hit me right in the face with the crown of his helmet." The league apparently agreed, fining Dial on Friday.

Denver linebacker Von Miller was docked $8,681 by the league for his hit on New England quarterback Tom Brady last Sunday night. Miller was penalized 15 yards for roughing the passer in the third quarter when he jumped over Vance Walker, who grabbed Brady's legs, and hit the quarterback.