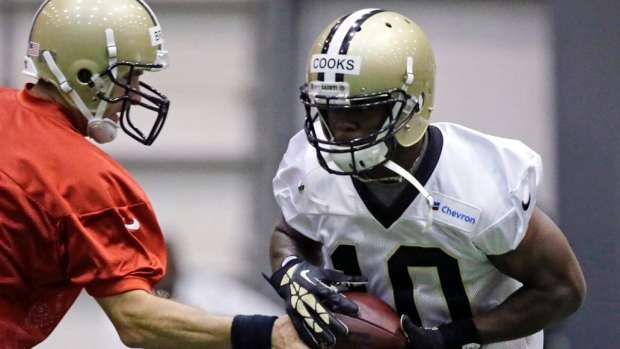 Following another slate of NFL games on Sunday, TSN.ca tracks the injury fallout to key players throughout the league.

Tight end Julius Thomas is considered day-to-day by the Broncos after leaving Sunday’s loss with an ankle injury. Mortensen adds the Broncos are not ‘overly concerned’ about the injury. – Chris Mortensen.

Running back Montee Ball will be out two to three weeks after re-aggravating a groin injury. - Denver Post.

Running back Ronnie Hillman is expected to miss Week 12 with a foot injury. - Denver Post.

Running back Ahmad Bradshaw is believed to have suffered a broken ankle in Sunday's loss to the Patriots. He will undergo tests to determine severity and if surgery in neccessary.  - Adam Schefter.

Tight end Dwayne Allen called himself “day to day” with the ankle injury that forced him out of Sunday night’s game against the New England Patriots in the second quarter. Allen added he was “hopeful” to play in Week 12 against the Jaguars.  – Mike Chappell.

Running back Giovani Bernard is expected to return Week 12 against the Houston Texans. He’s been missed the Bengals last three games with hip and collarbone injuries. – Team website.

Outside linebacker Jabaal Sheard season's 'could' be over due to a foot injury. - Head coach Mike Pettine.

Inside linebacker Karlos Dansby is expected to be sidelined upwards of a month with a knee injury, however Dansby may still  require season-ending surgery. - Pettine.

Nose tackle Ian Williams was placed on injured reserve with a broken leg on Monday. His roster spot was taken by nose tackle Glenn Dorsey, who was placed on IR with designation to return earlier this season. - Team Twitter.