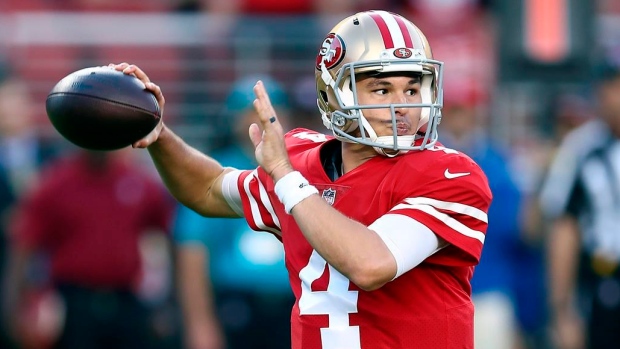 As expected, the San Francisco 49ers will be without the services of Jimmy Garoppolo on Sunday after their starting quarterback incurred an ankle sprain versus the New York Jets last weekend.

Head coach Kyle Shanahan confirmed to KNBR's Brian Murphy on Friday that Nick Mullens will be starting in his stead against the New York Giants.

Kyle just made it official with us: Nick Mullens to start on Sunday vs NYG. #49ers

Mullens, 25, is in his third season out of Southern Miss.

Mullens briefly appeared in last Sunday's game, throwing for 71 yards on 10-for-13 passing with an interception.

Following Sunday game with the Giants at the Meadowlands, the Niners return home to take on the Philadelphia Eagles in Week 4.