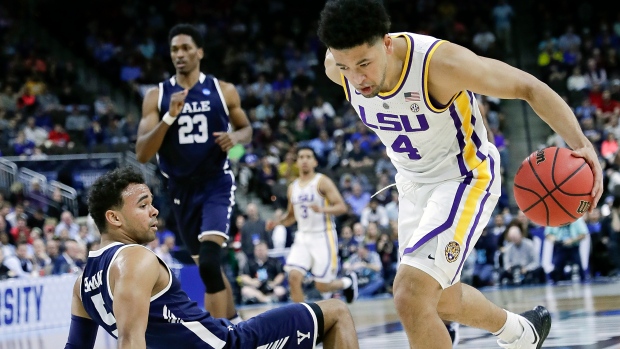 Third-seeded LSU has advanced in the East Regional of the NCAA Tournament, holding off upset-minded Yale 79-74.

The Tigers led 45-29 at halftime and pushed the edge to as many as 18 points before the Bulldogs rallied down the stretch with a barrage of 3-pointers.

But LSU made enough free throws to hold off No. 14 seed Yale, which was trying for the Ivy League’s first victory in the tournament since its upset of Baylor in 2016.

The Tigers will face the winner of Belmont-Maryland game on Saturday. Yale’s season ended with a record of 22-8.