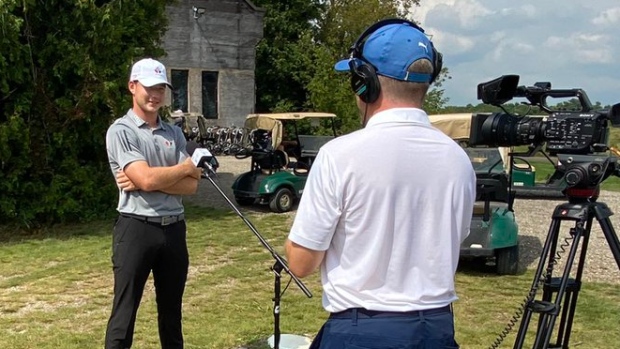 CALEDON, Ontario —It was a pedestrian front nine for Noah Steele in the third round of the Osprey Valley Open, following a first-hole birdie with eight straight pars. But the back nine was a different story. The Kingston native recorded an eagle and five birdies coming in en route to a 29 and a third-round score of 7-under 64. That left him at 18-under overall and five shots ahead of Blair Bursey and amateur Etienne Papineau.

“I hit a really, really nice approach into (No.) 10 within two or three feet and tapped that in for eagle,” said the 23-year-old member of the Golf Canada National Amateur Team. “I just kind of rode that from there and that was a good kick-starter for me.”

Steele has recorded consecutive rounds of 66-65-64 to get to that 18-under mark and the five-shot advantage heading into Sunday’s final round.

“I would love to just stick to the process that I’ve had, and my game plan, and just stay really, really patient,” said Steele. “I’ve been swinging it nice and been doing a lot of really nice things, so I’m really going to change nothing.”

Fellow National Amateur Team member Papineau played in the final group with Steele and remains within striking distance. The 24-year-old from St-Jean-sur-Richilieu, Quebec, recorded a 4-under round of 67 and sits in a tie for second, at 13-under.

“I hit the ball pretty solid today,” said Papineau. “My iron shots were really, really good, and I think I hit the first 14 greens. It was just a question of making putts or not.”

Blair Bursey, who led after each of the opening three rounds at the season-opening event in Blainville, Quebec, is also tied for second after shooting a 65 Saturday with an eagle and five birdies.

Despite needing to make up five shots Sunday, the Gander, Newfoundland, native doesn’t plan on being overly aggressive.

“My strategy’s not going to change based on what other people are doing,” said Bursey. “If they come backward or they play great it’s kind of irrelevant. I play my best golf when I focus on myself and myself only.”

London, Ontario’s Erick Flockhart (11-under) and Vancouver’s Evan Holmes (10-under) round out the top five.