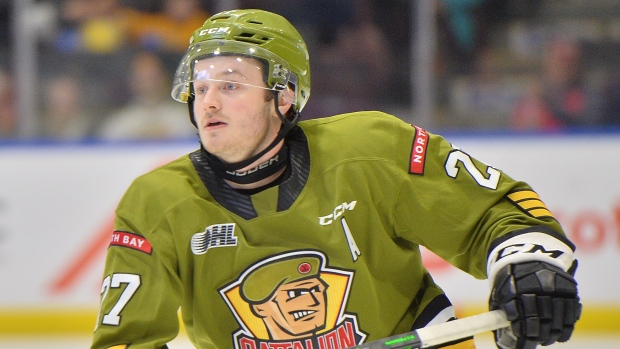 NORTH BAY, Ont. — Mitchell Russell scored a hat trick and added an assist as the North Bay Battalion managed to outscore the Kingston Frontenacs 6-4 Friday in the opening game of their second-round OHL playoff series.

Owen Van Steensel and Brandon Coe also scored and added an assist each for North Bay.

Kingston netminder Leevi Meriläinen made 34 saves as Russell completed his hat trick with a pair of empty-net goals late in the third period.

Four different goal scorers found the back of the net for the Frontenacs.

There was one other OHL playoff game played Friday. The Flint Firebirds opened their second-round series with the Soo Greyhounds with a 5-3 win as Coulson Pitre scored twice and Brennan Othmann racked up four points.