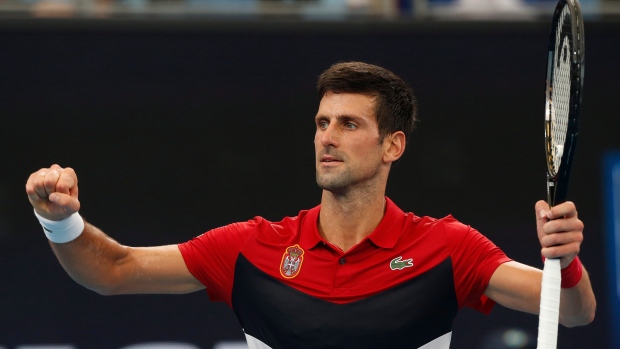 Novak Djokovic, Roger Federer and Rafael Nadal have joined forces to work with the ATP Tour to set up a fund to help lower-ranked players dealing with financial hardship due to the coronavirus pandemic.

"It's huge coming from them, because people are going to listen to them a lot more," said Canadian Filip Peliwo, who is ranked No. 339. "There's not going to be people saying, 'Oh, you're a lower-ranked player just get better results and then you can talk.' This is coming from the top. They are respected opinions and have a lot of pull, a lot of leverage so hopefully they can get it through."

Novak Djokovic confirming that players, ATP, WTA, Grand Slams will contribute to a fund to help the lower ranked players. ATP will distribute the money with some criteria pic.twitter.com/ygbIqmZXfu

In a letter to fellow players distributed this weekend Djokovic, the president of the Player Council and current World No. 1, laid out a sliding scale contribution plan to support players ranked between 250 and 700. Right now, budgets are particularly tight for those in that group.

"Basically just sitting here burning through cash while not being able to make any," said Peliwo who's camped out in Vancouver.

Usually Peliwo, who won the Wimbledon and US Open junior titles in 2012, would do some coaching on the side to supplement his income, but with all the courts closed and non-essential work on hold that's not an option.

In explaining the cut-off for support, Djokovic noted that most players in the top 250 had the chance to earn a decent payday at the 2020 Australian Open.

Here’s the full text of the Djokovic (and Roger/Rafa) letter sent to colleagues on Friday. Quite extraordinary.... https://t.co/j3nH35qi7j

That would raise a little more than $1 million. In addition, a similar amount is expected to be allocated by the ATP Tour with all four grand slams potentially giving $500,000 each. So, in total, between $4 million to 4.5 million would be raised.

"That would be huge," said Peliwo, who has collected $2,340 in prize money this season. "That would really help and basically cover all the expenses I might need to cover while in this l​ockdown. It's a huge help. That's a huge weight off our shoulders."

Djokovic has asked for feedback and wrote that if the proposed plan generates 90 per cent support they will push forward quickly.