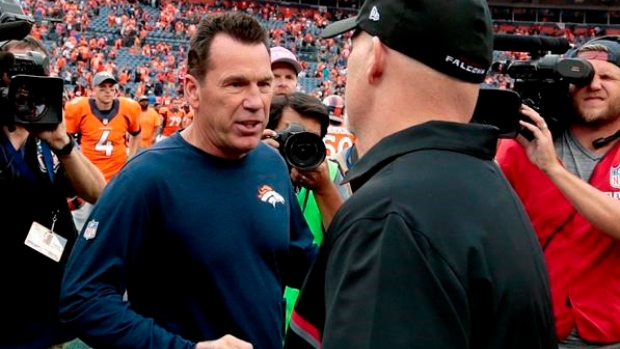 EAGAN, Minn. — After a smooth first year as an offensive adviser for the Minnesota Vikings, Gary Kubiak was presented with the opportunity to rediscover his play-calling acumen.

When offensive co-ordinator Kevin Stefanski climbed the ladder for the top job in Cleveland, Vikings head coach Mike Zimmer sought to maintain as much continuity as possible after a solid season by quarterback Kirk Cousins and the rest of the offence. Kubiak had no interest in being a head coach again, but offensive co-ordinator? Well, that sure was intriguing.

“I just said, ‘Coach, mind if I go back home and mow some grass for a couple days or something and think about it?’” Kubiak recalled.

He only needed a day and a half. He was more than ready to accept the position.

The offensive adviser job, which included the title of assistant head coach, was created a year ago for Kubiak after the interest in working with Zimmer turned out to be mutual. Working with Stefanski on the playbook and game-planning was just the spark he was hoping for, after spending the previous two seasons away from the sideline as a personnel adviser for Denver.

“He's got a great way about him. He’s very down to earth. He’s got a lot of skins on the wall, so the players really respect him,” Zimmer said.

The Vikings made Kubiak and the rest of their newly hired and promoted assistants available to reporters Tuesday for the first time, a group that included co-defensive co-ordinators Andre Patterson and Adam Zimmer. Patterson (defensive line) and Zimmer (linebackers) kept their position-coach responsibilities, and long-time NFL coach Dom Capers was recently hired as a senior defensive assistant to add even more experience to the strategy process on that side of the ball.

Zimmer, Kubiak and Capers have a combined 24 seasons in the league as a head coach and a total of 42 seasons in the NFL as an offensive or defensive co-ordinator.

Patterson has been a friend of the Zimmer family since 1988, when he joined Mike on staff at Weber State and Adam was just 4 years old. So the job share, Patterson said, will not be a problem.

As for working with the elder Zimmer, who has kept the play-calling responsibility on defence for the majority of his six seasons as head coach of the Vikings, Patterson labeled himself the good cop.

“I’m more of the motherly type. I’m going to put my arm around you and teach you just like I did when I was a teacher," Patterson said.