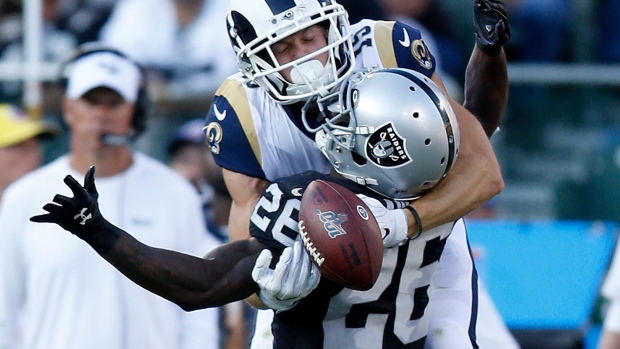 The league announced the decision Monday, one week after Lawson revealed he had tested positive for Ostarine despite "never knowingly" taking the substance.

Lawson signed a one-year deal with the Raiders in March after spending the past five seasons with the Detroit Lions. He was in the mix for one of the backup spots at cornerback for Oakland this season.

Lawson will be allowed to participate in the preseason and training camp practices. He will be eligible to play in the regular season after the Week 4 game at Indianapolis.