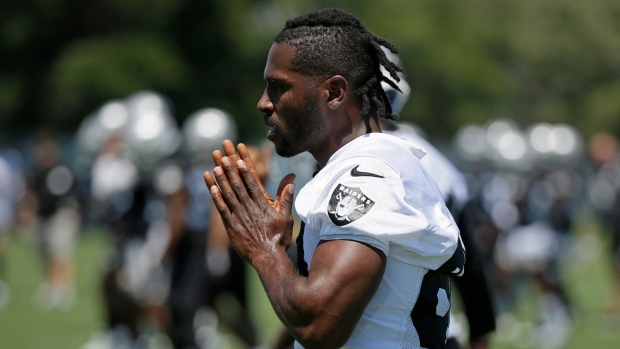 Antonio Brown has lost his grievance to wear his old helmet, the Oakland Raiders confirmed on Instagram, while adding he looks forward to rejoining his teammates on the field.

"While I disagree with the arbitrator's decision, I'm working on getting back to full health and looking forward to rejoining my teammates on the field. I'm excited about this season appreciate all the concerns about my feet 🦶!” #AlwaysAFight #Represent #itsbiggerthanme

ESPN's Adam Schefter reported late last week Brown was threatening to not play football again if he couldn't wear his old helmet, but Brown confirmed he will make his way back to the Raiders.

The former Pittsburgh Steelers receiver has been away from the Raiders to get treatment on his frostbitten feet and because he was dealing with the helmet issue.

Brown believes the new helmet that the rules mandate he wears protrudes out and interferes with his vision as he tries to catch footballs, Schefter reported.

In a large Twitter thread, NFL.com's Michael Silver detailed Brown's issue with the helmets, reporting the 31-year-old receiver tried to sneak his old helmet onto the practice field a number of times during OTAs, even painting it to mimic the Raiders' silver and black.