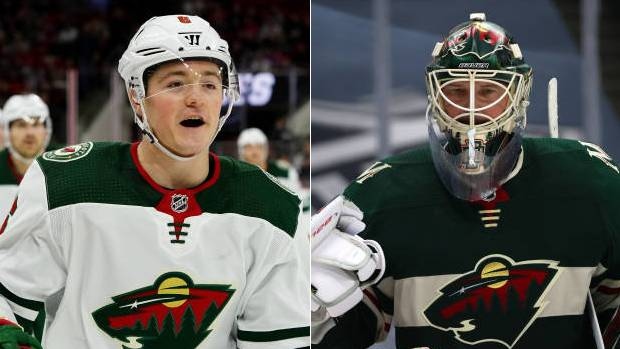 Ahead of the NHL Draft on Tuesday and the opening of free agency on Oct. 9, TSN.ca keeps you up to date with all the latest rumours and speculation from around the NHL beat.

According to Michael Russo of The Athletic, the Minnesota Wild are getting close on a deal to send goaltender Devan Dubnyk and Ryan Donato to the San Jose Sharks.

Russo adds, however, the deal may depend on Dubnyk's willingness to waive his no-trade clause, if he listed the Sharks among the 12 teams he can decline to be traded to. He believes the Wild could be receiving a high-draft pick or a prospect back in the deal from San Jose, noting the Sharks own the 31st overall pick from the Tampa Bay Lightning and two second-rounders.

Dubnyk, listed at No. 47 on the TSN Trade Bait board, had a 12-15-2 record during the regular season with a career-worst .890 save percentage and a 3.35 goals-against average. The 34-year-old is entering the final season of his current contract, carrying a $4.33 million cap hit.

Wild general manager Bill Guerin said in August that Dubnyk had "an off year," but noted he was open to upgrading at the position.

"No, the hierarchy's not clear," Guerin said in August. "Whoever's playing well is going to play. I was disappointed in the goaltending this year. (Alex Stalock) had a tremendous year and Devan had an off year, and it needs to be better. That's just the way it is. And if I told you anything different, I'd be lying to you. It was not a strong point for us.

Donato, listed at No. 15 on the Trade Bait board, had 14 goals and 23 points in 62 games this past season. He was without a point in two games during the Return to Play.

The 24-year-old centre was traded to the Wild from the Boston Bruins at the trade deadline in 2019 in a deal which saw Charlie Coyle head the other way. He is signed through next season at a $1.9 million cap hit.

1st On the Block?

Montreal Canadiens general manager Marc Bergevin said Thursday that he is open to trading the team's first-round pick, though TSN Hockey Insider Pierre LeBrun adds it's unclear if anyone will match his asking price.

"Interestingly enough, Marc Bergevin, general manager of the Habs, said in an interview with Marc Antoine Godin in The Athletic posted Thursday that he is open to trading his 16th overall pick in the first round which matches what I’m hearing from other teams around the league who suggest that he is open to it, but what he’s looking for is a top-six forward that would augment that offence that obviously needs some help for the Montreal Canadiens," LeBrun said on Insider Trading. "I don’t sense that there’s a match right now, but obviously the Montreal Canadiens have until the draft next Tuesday to see if there’s a match."

While noting there could be a match with the team's needs, LeBrun reported last month that the Canadiens did not intend at that time to enter the Patrik Laine sweepstakes.

Kuemper, who dropped to No. 21 on the latest TSN Trade Bait board, is signed for two more seasons at a $4.5 million cap hit.

The Coyotes are currently without a selection in the first three rounds of next week's draft after trading for Taylor Hall, Carl Soderberg and being sanctioned by the NHL for illegal fitness testing of prospects.