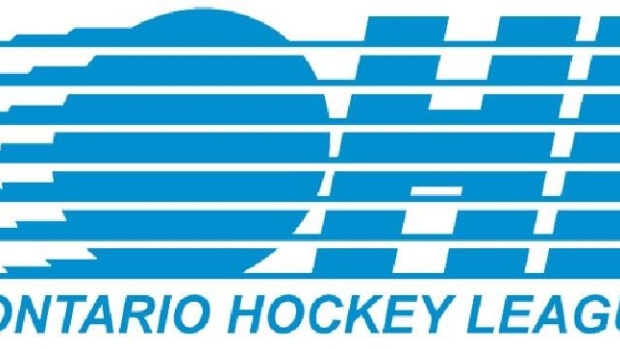 FLINT, Mich. — Brennan Othmann had two goals and an assist to lead the Flint Firebirds 6-2 over the Erie Otters in Ontario Hockey League action on Friday.

KINGSTON, Ont. -- Jordan Frasca had a pair of goals and an assist in Kingston's win over Peterborough.

Francesco Arcuri got the game-winner in the third period, while Shane Wright and Maddox Callens, into an empty net, also scored.

Kingston goalie Leevi Merilainen had 20 saves in the win, while Michael Simpson stopped 29 shots for Peterborough.

MISSISSAUGA, Ont. -- Roman Basran stopped all 26 shots for his second OHL shutout as the Steelheads extended their point streak to nine games with a win over Barrie.

Zakary Lavoie, Luke Misa and Max Dodig were the goalscorers.

The victory moved Mississauga into a third-place tie with Hamilton in the Eastern Conference.

Evan Konyen and Kocha Delic also scored for the Wolves.

GUELPH, Ont. -- Sam Sedley scored the winner in a shootout to lift Owen Sound to a victory over Guelph.

William Portokalis and Servac Petrovsky, with the tying goal at 19:03 in the third period, also scored for the Attack.

Sasha Pastujov and Danny Zhilkin scored for the Storm.

Nick Chenard made 32 saves, including two in the shootout, for Owen Sound, while Jacob Oster stopped 23 shots.

Mitchell Martin had two goals for the Rangers, while Arber Xhekaj and Reid Valade also scored.

OSHAWA, Ont. -- Tnias Mathurin had a goal and assist to lead North Bay over the Generals.

Kyle Jackson scored the game-winner, Matvey Petrov got the insurance goal, and Dalyn Wakely also scored for the Battalion.

The Generals' goals came from Ryan Gagnier and Calum Ritchie.