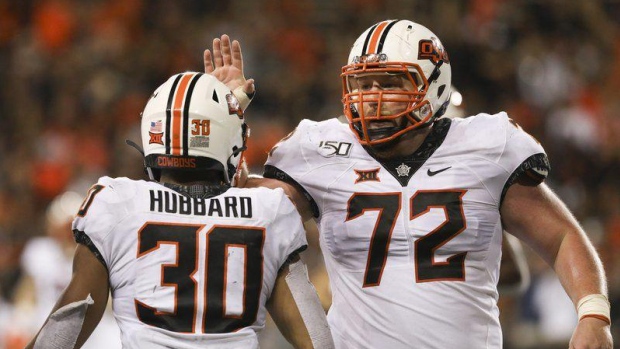 One of Chuba Hubbard's key blockers has called time on his career.

A native of Dallas, Galloway started 14 games over the past two seasons.

"I'm done with football," Galloway said in a text to Sports Illustrated on Wednesday night. "I was getting hurt so much and I felt like all of my injuries were piling up to where they were effecting me too much on and off the field."

Galloway, a fifth-year senior, was expected to be one of three returning offensive linemen for the Cowboys in 2020.

Galloway's last two seasons have been riddled by injuries. Shoulder ailments became issues in both 2018 and 2019 and he missed four games last year with a foot injury.

Behind Galloway, Edmonton's Hubbard rushed for an FBS-high 2,096 yards and finished fifth in Heisman voting.

Currently, the Cowboys are set to open their 2020 season on Sept. 3 against Oregon State.