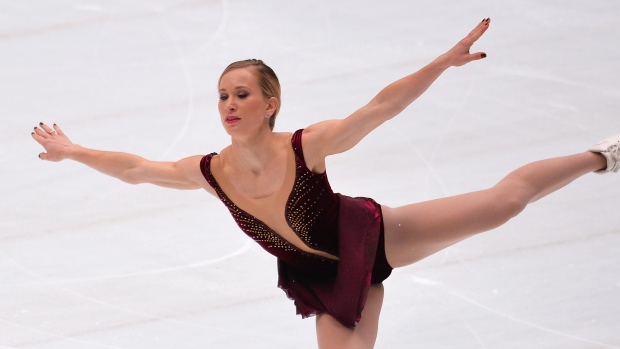 Rochette, who competed for Canada at the Turin 2006 and Vancouver 2010 Olympic Games — winning an individual bronze at the latter — received her medical degree Friday from McGill University and said she'd be deploying soon.

Rochette, 34, had discussed the end of her studies with The Canadian Press in mid-February, on the 10th anniversary of the Vancouver Olympics.

In response to a message of thanks from Premier Francois Legault, Rochette wrote on her Twitter account Sunday it was only natural to respond to the premier's frequent call for help at short-staffed nursing homes.

"I'm just one of hundreds of graduates to get into the action," Rochette wrote, adding she'd be one of thousands already committed to the COVID-19 fight.

On Saturday, Rochette told French-language all-sports network RDS while she's perhaps a little fearful for her health, she's more afraid about the lack of staff at long-term care homes.

Rochette, of Ile-Dupas, Que., inspired the entire country when she won a medal in Vancouver after her mother Therese, 55, died of a heart attack just two days before the start of the competition.

This report by The Canadian Press was first published April 26, 2020.