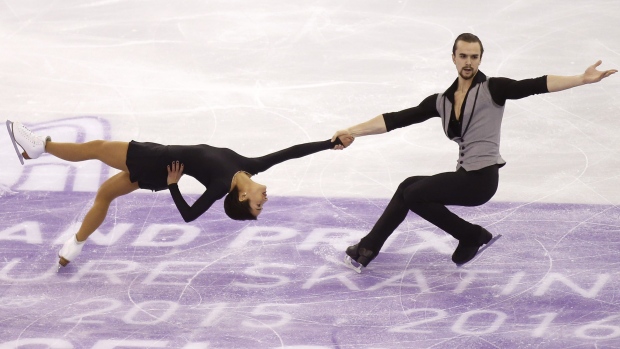 Stolbova won gold in the team event for Russia with her partner Fedor Klimov in 2014 and silver in the pairs event at the same Olympics.

She also won world championship silver in 2014 and reached the European championship podium four times. Stolbova didn't give a reason for her decision, which comes after she competed internationally just once this season with new partner Andrei Novoselov.

“I'd like to thank all of my mentors and the people who helped me all the way through my sporting career,” she said in a statement from the Russian Figure Skating Federation.

Stolbova and Klimov missed the 2018 Winter Games after an International Olympic Committee vetting panel chose not to invite her to the team of Olympic Athletes from Russia. That was while the Russian Olympic Committee was suspended over doping and coverups in Russia. Stolbova herself has not been accused of any wrongdoing.

Stolbova and Klimov stopped skating together in 2018 after Klimov moved into coaching, and Stolbova teamed up with Novoselov. They placed fifth at the Rostelecom Cup Grand Prix event in November in their only international competition together.