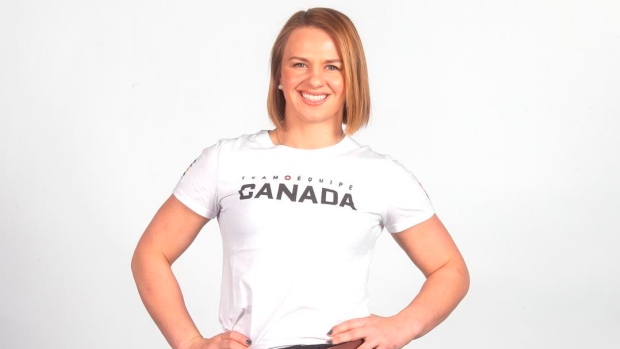 Erica Wiebe loves to live outside her comfort zone.

That appetite for the unknown will soon have the Olympic wrestling champion strolling the storied halls of Harvard University as a business student.

"To say I have impostor syndrome is to put it lightly," Wiebe said with a laugh. "But I feel the same way when I step on the wrestling mat. It's scary, but it's exhilarating. And I think one of my biggest strengths as an athlete is I've been ready to take that step into the unknown, and so it's really exciting to step off the wrestling mat and to step into a classroom like that.

"There's lot of uncertainty, there's lots of pressure, but I thrive in those situations."

The 30-year-old is enrolled in Harvard's Crossover Into Business program, which is designed to help professional athletes including those from the NBA and Major League Soccer navigate their post-competitive careers. Former Toronto Raptors forward Chris Bosh figures prominently on the program's web page. Brooklyn Nets guard Kyrie Irving has also completed the program.

"It's pretty surreal because there are lots of professional athletes in it, and I'm just a lowly wrestler," Wiebe joked.

There's nothing lowly about Wiebe's athletic resume. The Stittsville, Ont., native bulldozed her opponents to win gold at the 2016 Rio Olympics, and in one of the most enduring images of those Games, hoisted her coach Paul Ragusa onto her substantial sweat-soaked shoulders and paraded him around the mat.

Wiebe hasn't yet qualified for this summer's Tokyo Olympics. She needs to finish top-2 at the Pan American Olympic qualification tournament in Ottawa on March 14.

But she masterfully kept any pressure in a proverbial head lock in Rio, and with a ticket to Tokyo on the line in a few weeks, she's feels she's on the winning side of that mental match once again.

"For me, it was never about winning a gold medal, it's not about that, it's about a performance and so when I think about the training, when I think about being better every single day," Wiebe said. "It's been super cool because over the last year, I feel like I've made this huge transition in my wrestling, like I've opened the aperture of what I see on the mat, and what's available to me.

"When I walked off the mat in Rio, Paul my coach turned to me and said 'Erica, we're only scratching the surface of what we're capable of,' and so for me I'm just so fascinated and motivated by the process of improving, and learning and growing and so it's exciting to then put that in a really high-pressure, high-stakes situation — put it on the line and see what happens."

Her studies at Harvard can only help. Wiebe is a big believer in living a balanced life. She has two degrees already — bachelors of kinesiology and sociology from the University of Calgary. The sociology degree she finished a month before wrestling to gold in Rio.

"Having that balance of having an identity outside of sport, it gives me so much strength because I know that I'm not just the result of that match, or the outcome of that match, I'm defined by so much more," she said. "I think sometimes athletes get inundated and burdened by the pressure of our sport, but for me, it's been to explore who I am outside of sport . . . it's really been the secret to my success."

The heady few months after Rio took Wiebe across the country, from Halifax to Prince George to Iqualuit, and countless stops in between. She figures she spoke to 10,000 kids in her travels. She wrestled professionally in India. She's currently a human capital consultant for Deloitte — and praised the company's flexible work schedule — and volunteers for Fast and Female, a not-for-profit group started by Olympic cross-country ski champ Chandra Crawford that aims to empower girls through sport.

"So (Harvard) is kind of just building on that, and creating that network and those experiences that then, one day when I'm done wrestling, I can hope to change the world," she said.

"I feel like the world evolves and changes so quickly, I could give you some consulting jargon about the age of disruption that we're in, but continuing to open doors, and create opportunities for myself, and gain those skills that I think that when I'm done wrestling there will be an opportunity, and I'll be ready to take it."

Wiebe spoke Friday just before hopping a flight from her home in Calgary to Ottawa for the fundraising gala Canada's Great Kitchen Party. She'll spend a couple of days on Harvard's Cambridge, Mass., campus but the remainder of the program will be done mainly online.

"We get partnered with MBA students at Harvard, and we work on case studies basically all semester long and then there's a final presentation," she said.

The Olympic qualifying tournament is at Ottawa's Shaw Centre.

"Ottawa is where I grew up, and I've never competed in Ottawa," she said. "My parents still live there, it will be cool to experience that."

This report by The Canadian Press was first published Jan. 31, 2020.

Note to readers: This is a corrected story. A previous version had a typo in a quote.