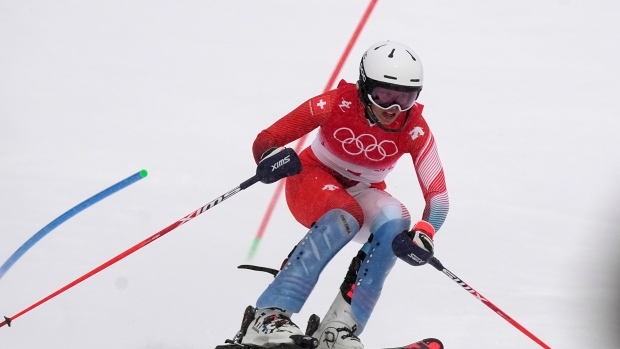 The last Alpine skiing race of the Beijing Olympics has been rescheduled for an hour earlier than planned because of strong wind in the forecast.

The mixed team parallel event is now set to start at 10 a.m. on Saturday Beijing time, instead of 11 a.m.

The team event involves men and women from each participating country and is the last chance for American Mikaela Shiffrin to pick up a 2022 Winter Games medal.

Only one of the 10 athletes who earned individual Alpine golds in Beijing was listed on the team rosters released Friday: Austria’s Johannes Strolz. He won the men’s combined last week and also picked up a silver in slalom on Wednesday.

There is a 16-team bracket but only 15 nations entered, so top-ranked Austria will get a first-round bye.

The first-round matchups are United States vs. Slovakia, Switzerland vs. China, Italy vs. Russia, Norway vs. Poland, France vs. Czech Republic, Germany vs. Sweden, and Slovenia vs. Canada.