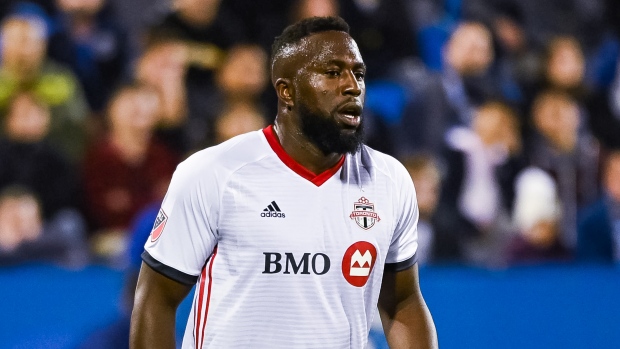 Greg Vanney on injury updates on Omar Gonzalez & Jozy Altidore: “Game time decision for both. Its going to be tight. They put their work in today in training. Hopefully on some level they will be ready.” #TFCLive

“Game time decision for both," said Vanney.  "Its going to be tight. They put their work in today in training. Hopefully on some level they will be ready.”

Both Gonzalez and Altidore missed TFC’s opening round extra-time victory over DC United that saw them earn a 5-1 win.

TSN Soccer analyst Kristian Jack says while Toronto FC will obviously miss the two starters if they aren't able to play against NYCFC, they should be feeling positive about the replacements they’ve used in their positions.

“They’re a better side with both of them there, there’s no question about that,” Jack said after TFC’s training on Tuesday.  “If you’re New York City FC and you get the lineup an hour before and they’re not there, that’s a boost for you.”

“I think Toronto FC are encouraged by the way that they’re playing no matter who’s playing within that system at the moment.  The replacements in those positions, Alejandro Pozuelo was very good as a “nine” linking up with (Nicolas) Benezet.  I thought Laurent Ciman, who was trusted to play with Chris Mavinga in a back four for the first time since May, did a very good job as well and he’s played in big games.

Jack does caution that despite the optimism, they still need to shore things up in the final third of the pitch.

"The one thing that they need to tidy up is defensively, they can’t be giving away leads," said Jack.  "They’re giving away far too many leads down the stretch, they gave another lead away that led to the extra-time performance.  I think Omar Gonzalez would be a big loss.”

Altidore finished second in team scoring during the MLS regular season, finding the net 11 times in 22 games.  He also contributed seven assists to the attack.

Gonzalez, 2011 MLS defender of the year, has been a steadying force to Toronto FC’s back line and appeared in 14 games during the season after signing with the team in June.

Both Chris Mavinga and Marky Delgado are good to go for Wednesday’s clash at Citi Field.