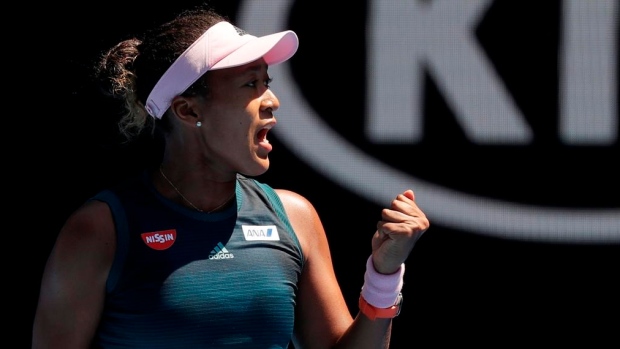 Osaka hit 22 winners and converted three of her six break points to seal the win in 1 hour, 24 minutes and set up a meeting with Donna Vekic of Croatia.

After saving two break points early, it was an unusually smooth victory for Osaka over Hsieh. She needed three sets to get past the Taiwanese veteran en route to her Australian Open victory and then lost to her at the Miami Open last month.

"I felt like this surface is more suited for me (than Hsieh)," Osaka said. "I was sort of in my plan. So, I just felt like I executed what I was trying to do."

Two-time Stuttgart champion Angelique Kerber also advanced by beating fellow German Andrea Petkovic 6-2, 6-4. The fifth-seeded Kerber saved two break points to hold for 2-2 in the first set and then reeled off the next four games to take control. She then earned a decisive break for 4-3 in the second before closing out the win with her fourth match point.

No. 7 Anastasija Sevastova also advanced by beating former champion Laura Siegemund of Germany 6-4, 6-3 to set up a quarterfinal against Petra Kvitova, who advanced on Wednesday.