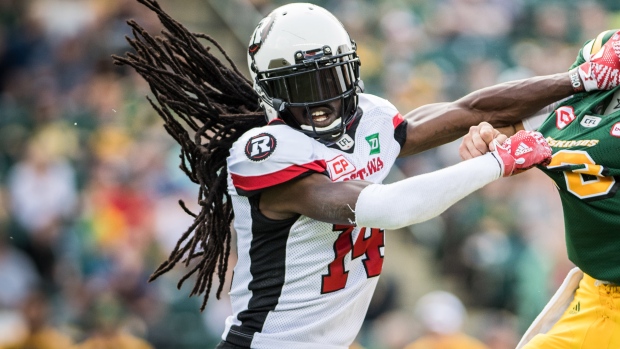 OTTAWA — The Ottawa Redblacks have shored up their secondary by re-signing defensive backs Abdul Kanneh and Corey Tindal Sr.

Kanneh had signed for a second stint with the Redblacks prior to the cancelled 2020 season.

He made his CFL debut with Ottawa in 2014 and made a game-saving fingertip tackle in the Redblacks' 2016 Grey Cup win over Calgary.

After spending 2017 in Hamilton, Kanneh played two seasons in Toronto. He had a career-high 70 defensive tackles in 2019 to go along with a sack, an interception and a forced fumble.