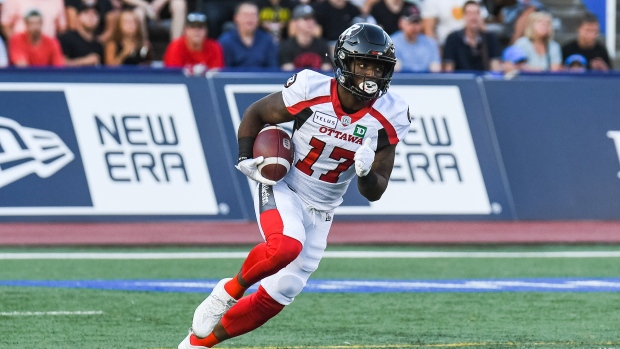 Receiver/returner DeVonte Dedmon, who was released by the Ottawa Redblacks on Wednesday to pursue an NFL opportunity, will sign with the Miami Dolphins, according to TSN's Farhan Lalji.

He scored his first pro TD against Montreal on Aug. 2, 2019, returning a kick 111 yards. In the same game, Dedmon added a 95-yard punt return touchdown, setting a club record with 377 total return yards.

Dedmon also registered 15 catches for 161 yards in 16 career games with Ottawa as well as rushing 10 times for 68 yards and a TD.