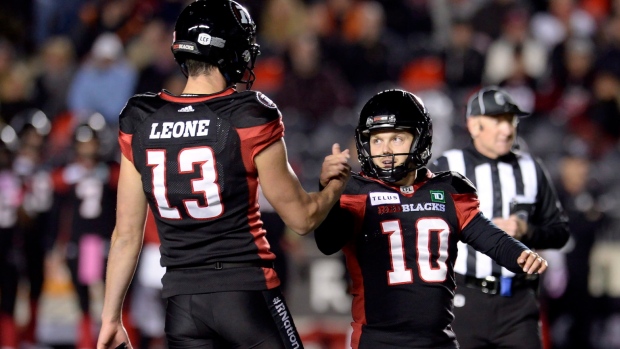 Both members of the Ottawa Redblacks kicking unit will have tryouts with the NFL's Cincinnati Bengals later this month, according to TSN's Farhan Lalji.

Both @RichieLeone15 and @LewyWard17 will be trying out with the #Bengals later this month. #RedBlacks @CFLonTSN

Punter Richie Leone and kicker Lewis Ward will be trying out with the Bengals later this month, Lalji reported.

Leone has served as the Redblacks punter for the last two seasons, and averaged 48.4 yards on 132 punts last season. The 27-year-old, who also served as the BC Lions field goal kicker from 2015-16, has averaged 48.3 yards per punt over four seasons in the CFL. Leone spent 2017 training camp with the Arizona Cardinals.