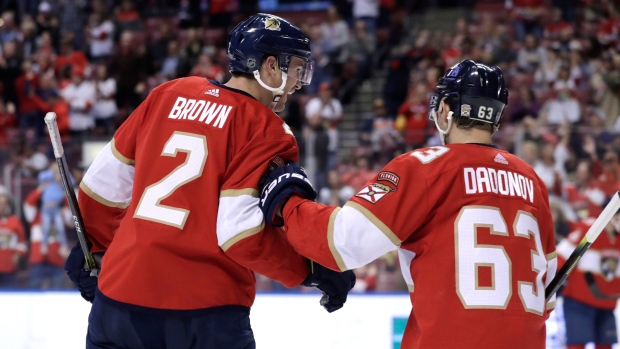 OTTAWA — The Ottawa Senators have acquired defenceman Josh Brown from the Florida Panthers for a fourth-round pick (95th overall) in Tuesday's NHL draft.

The 26-year-old Brown had three goals, five assists and 39 penalty minutes in a career-high 56 games with the Panthers last season.

The native of London, Ont., picked in the sixth round by Florida in 2013, has four goals and six assists in 93 career NHL games. He also has seven goals and 13 assists in 170 career American Hockey League games.

“Josh Brown is a big, strong defenceman who plays a physical style of game,” Senators general manager Pierre Dorion said in a statement.

“He’s a defensive defenceman who skates very well and who is exceptionally competitive. He’s also a very good shot blocker who clears a lot of space in front of the net. We’re looking forward to seeing him in our lineup. ”