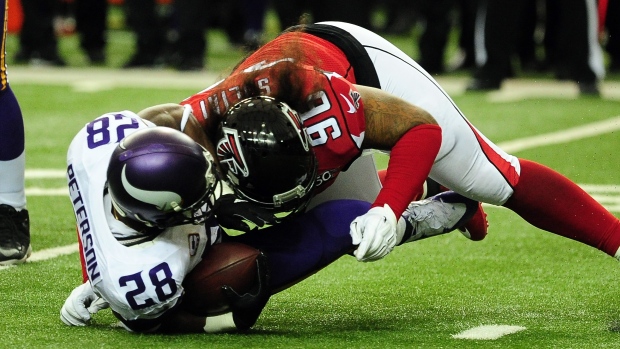 The 32-year-old Soliai is expected to backup starter Star Lotulelei.

He's started 86 games since coming into the league, including 10 last season with Atlanta. He had 17 tackles last season, but the primary role of the 6-foot-4, 325-pounder is to take up space in the middle of the defensive line and allow others to make tackles.

He spent his first seven seasons with the Miami Dolphins before signing with the Falcons in 2009. His best season came in 2010 when he had a career-high 39 tackles and two sacks for Miami.