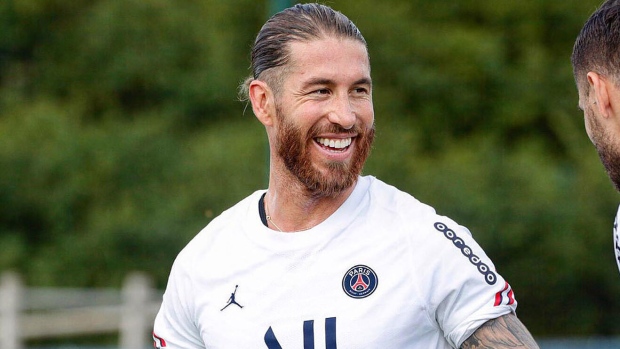 Sergio Ramos has yet to play a game for Paris Saint-Germain and he might not ever.

Le Parisien reports that PSG is considering terminating the 35-year-old centre-back's contract with the World Cup-winning Spain international still sidelined with a leg injury picked up in the closing stages of Real Madrid's campaign last spring.

Ramos signed a two-year deal with PSG as a free agent after having left the Bernabeu after 16 seasons and 11 major trophies including four Champions League titles.

"Although the option is not on the agenda, the possibility of a termination is not science fiction," the report stated. "Paris has assumed that it has been able to make a mistake in its signing."

On Friday, PSG sporting director Leonardo said that the club was well aware of Ramos's situation before signing him.

"We know Ramos has had an injury," Leonardo said. "The Spanish press are playing games, we all knew he had a problem. We know what's happening here."

PSG currently has an eight-point lead atop the Ligue 1 table and returns to action on Wednesday with a trip to Germany to face RB Leipzig in the Champions League before returning to France and a visit to struggling Bordeaux on Saturday.