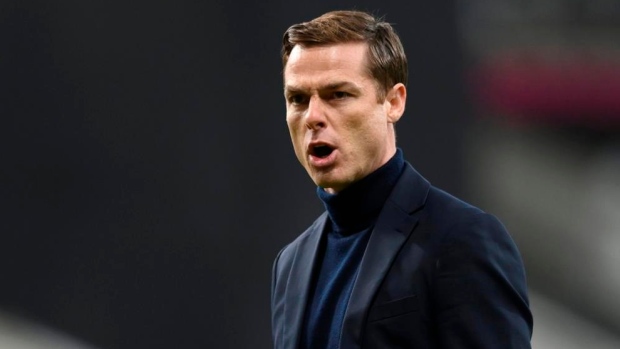 LONDON — Fulham manager Scott Parker slammed the Premier League on Tuesday for rearranging his team's game against Tottenham with only two days of notice, saying the decision is “scandalous.”

Tottenham was scheduled to play Aston Villa on Wednesday but the match was postponed on Monday at the request of Villa because 10 of its players tested positive for the coronavirus last week.

The Premier League announced simultaneously that Tottenham would instead play Fulham on the same night, with their match initially scheduled for Dec. 30 having been postponed following a coronavirus outbreak in the Fulham squad.

Parker said the possibility his team, which is in third-to-last place in the league, could take on Tottenham on Wednesday was raised over the weekend but that the final decision was not relayed to the club until Monday morning.

“I’m normally always the last one to moan or whine about anything because I realize it’s tough out there and this is the way it is, but what’s happened to us (is unfair),” Parker said. “To confirm a Premier League game, as well — this is the Premier League, one of the best leagues in the world — to confirm that at 9:30 a.m. on Monday morning is scandalous really, to be honest with you. It’s not about the fixture. The fixture is fine. I accept that we have to play. But it’s the notice.”

Fulham played Queens Park Rangers in the FA Cup on Saturday — the match went to extra time, with Fulham winning 2-0 — and Parker said his selections for that game might have changed if the Tottenham game had already been confirmed. He said he might also have fine-tuned his practice schedule.

“Working our players over the weekend, thinking that you’ve got six or seven days until your next fixture for them to get up to speed or to work on (things), that’s quickly changed (on) Monday morning,” Parker said, “and, for me, it’s madness really.”

Parker strongly disagreed with comments made by Tottenham manager Jose Mourinho that the biggest impact was games being postponed and that the late notice was not unfair because the decision to reschedule the Dec. 30 match was only made a few hours before kickoff.

“Regarding being told the game is called off 48 hours before or two hours before, it’s really an irrelevance,” Parker said. “It’s a disappointment that you’ve had a game called off and I understand that.

“But to have a game called on with 48 hours’ notice is (unfair). Listen, I don’t want to get into that regarding Jose but I think he’ll know too well that you plan structures, you plan physical elements for players. Tottenham knew they had this fixture in, Jose’s team selection at the weekend (against eighth-division club Marine) suggested that. He’s probably planned for the next however many games he’s got and he’s got a lot of games, granted.”

Parker questioned whether a match between two of the Premier League’s top teams would be rescheduled so late.

“Probably not,” he said. “For me this is not acceptable.”

The request to the Premier League from Villa had to be received and signed off before Fulham could be contacted. Confirmation was only possible on Monday once all the clubs and broadcasters affected by the rescheduling had been consulted.

Fulham was a signatory in September to a set of guiding principles which are contained within the league’s handbook. One of these states: “Clubs must accept changes to normal conditions and schedules in order to ensure the completion of the competition.”