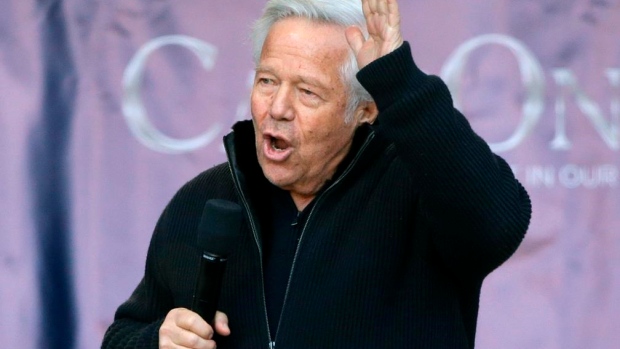 Kraft's attorneys filed a court notice Tuesday also waiving his arraignment, which had been scheduled for Thursday. His lawyers also reiterated his not guilty plea, which he made last month.

Kraft and 24 other men were charged in Palm Beach County as part of a multicounty crackdown on massage parlour prostitution. About 300 men are charged overall.

Prosecutors say Kraft was videotaped by police twice in January paying for sex with a woman at a Jupiter, Florida, massage parlour. If convicted, Kraft would face 100 hours of community service and a $5,000 fine. He could also get a year in jail, although that is unlikely.