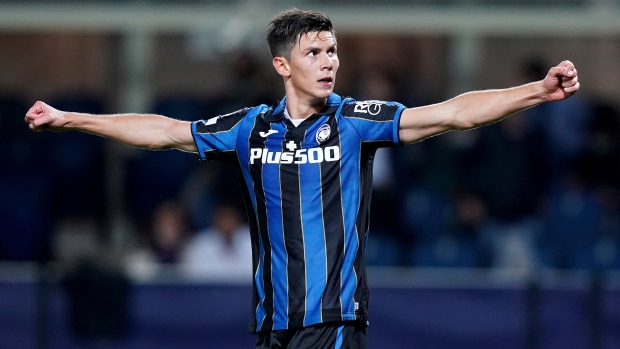 BERGAMO, Italy (AP) — Atalanta midfielder Matteo Pessina does not score often. When he does, though, the goals usually come in big matches.

Like his brace in a 3-1 win over Napoli in the second leg of the Italian Cup semifinals in February.

Like his goals against Wales and Austria — both winners — during Italy’s run to the European Championship title.

Pessina had gone scoreless since his 105th-minute goal against Austria at Wembley Stadium three months ago until he used one touch to redirect a cross from Duván Zapata in the second half of Atalanta’s 1-0 win over Young Boys in the Champions League on Wednesday.

It was Pessina’s first goal in his 14th European club match and it put Atalanta in control of Group F ahead of Manchester United’s game against Villarreal later.

The match was Atalanta’s first Champions League game at its renovated Gewiss Stadium with its supporters in attendance.

“It’s impossible to describe how emotional it is for me to score my first Champions League goal and celebrate it with the fans,” Pessina said.

Atalanta leads the group with four points, one point ahead of Young Boys, which stunned United in the first round of group matches.

Villarreal, which held Atalanta to a draw two weeks ago, has one point, while United has zero.

Pessina also had a perfect chance from point-blank range just before the break but lost his balance just as he was connecting with the ball.

Atalanta lost key winger Robin Gosens to an apparent injury early on then had a first-half goal waved off by the VAR for offside.