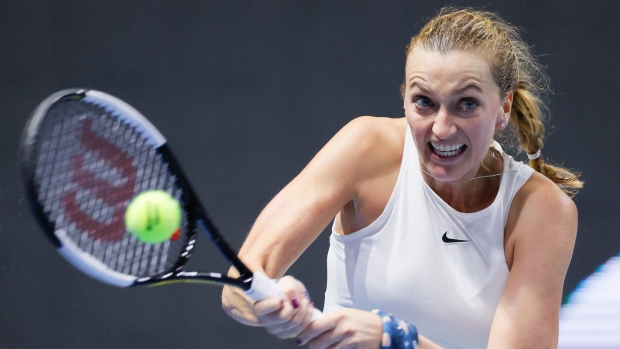 Kvitova saved a set point at 5-4 in the first set and then recovered after being broken in the first game of the decider. She then won six of the next seven games.

“It was pretty challenging today, for sure," said Kvitova, who was playing for the first time since losing to Ash Barty in the Australian Open quarterfinals last month.

Bertens hit six aces as she booked a quarterfinal against another Russian opponent, 18-year-old qualifier Anastasia Potapova. Bertens is seeded second in St. Petersburg as she tries to successfully defend a WTA title for the first time since she won the Nuremburg tournament in 2017.