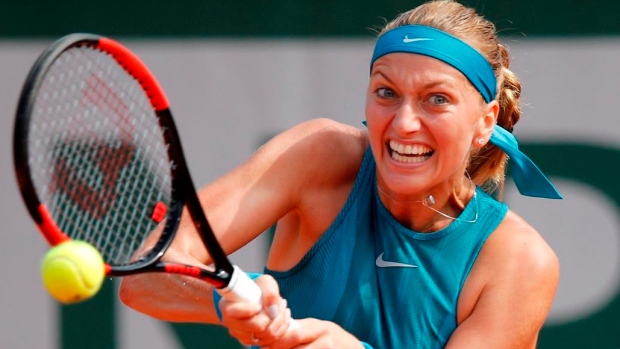 DOHA, Qatar — Petra Kvitova beat No. 1-ranked Ashleigh Barty on Friday for the first time in more than a year to play for her second Qatar Open title.

Kvitova won 6-4, 2-6, 6-4 in two hours and will face Aryna Sabalenka of Belarus in the final on Saturday.

Kvitova had lost four straight to Barty, but this win put her ahead again in their matchups at 5-4.

The Czech said she decided to play closer to the baseline and push forward to give Barty less time to set up. They each held on to an early break in the first two sets, and Kvitova made the decisive break at 3-3 in the decider.

"Another really great contest with Petra," she said. "I love testing myself against her and (it was) a match in which she played extremely well and took the match away from me in key moments."

Kvitova will play for her 29th title and first since April against Sabalenka, going for her sixth.