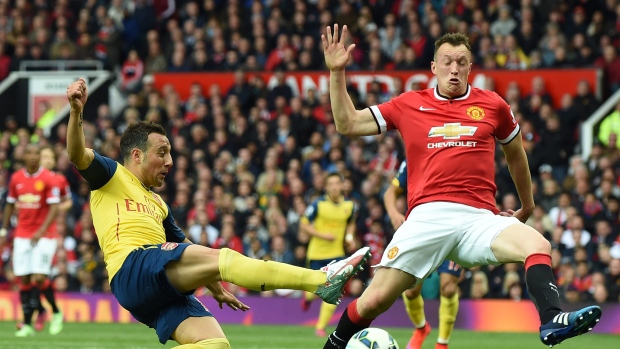 Phil Jones will return to the Manchester United lineup on Wednesday after a 20-month absence, manager Ole Gunnar Solskjaer confirmed.

The 29-year-old defender will will be in the starting XI when the Red Devils welcome West Ham to Old Trafford in a third-round League Cup tie.

Jones last appeared for United during a 6-0 win over Tranmere in the fourth round of the FA Cup in January of 2020. Since then, Jones underwent knee surgery and experienced a lengthy recovery process.

"I'm so happy for Phil," Solskjaer told the club's MUTV. "He has completed two 90 minutes for the Under-23s, played some minutes behind closed doors and he's got no reaction on his knee. He's been working really hard."

Jones joined United in a £16.5 million move from Blackburn Rovers. He's made 224 appearances for the club across all competitions over the previous nine seasons.

The match marks the second straight meeting between United and the Hammers. The Red Devils were 2-1 victors in Premier League action on Sunday at London Stadium in an encounter that featured a wild final few minutes where David De Gea stopped a Mark Noble penalty at the death to preserve the victory.

Jesse Lingard, who came on as a substitute to score the game-winning goal in the 89th minute on Sunday, will start on Wednesday against the team with which he spent the second half of last season on loan.