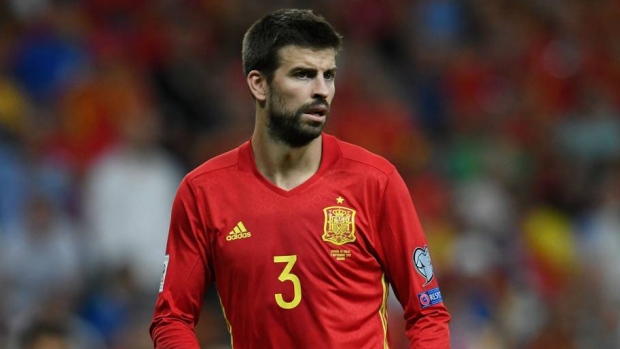 The 31-year-old Pique says he has told new Spain coach Luis Enrique that the World Cup was his last tournament with "La Roja."

Pique said "the decision had already been made a long time ago and it was well thought out."

Pique had announced before the World Cup that he did not plan on returning to the national team after the tournament in Russia.

The central defender made his international debut in a friendly in 2009 and played 102 matches with Spain winning 73 of them. He also scored five goals.

Only 12 other players have 100 appearances or more with Spain's national team.

Pique was an indisputable starter when Spain won the 2010 World Cup and the 2012 European Championship.

He said he felt "fortunate for being a part of the national team during such a beautiful and successful time."

Pique will continue playing for Barcelona, which begins its season against Sevilla in the Spanish Super Cup on Sunday.