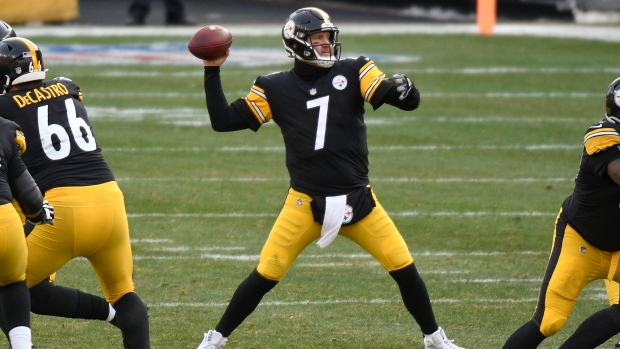 The Pittsburgh Steelers announced a new 2021 contract for quarterback Ben Roethlisberger on Thursday.

Roethlisberger, who turned 39 on Tuesday, heads into his 18th season.

"We know that Ben can still play at a high level and do special things for this team," general manager Kevin Colbert said in a statement. "Our goal remains the same – to put together a roster that will compete for another championship. We are happy that Ben will be one of our leaders to help us accomplish that goal."

After missing most of 2019 with an elbow injury, Roethlisberger returned with a solid 2020 campaign. In 15 games last season, Roethlisberger threw for 3,803 yards on 399-for-608 passing with 33 touchdowns and 10 interceptions.

"I am grateful to be at this stage of my career and more than happy to adjust my contract in a way that best helps the team to address other players who are so vital to our success," Roethlisberger said in a statement. "I love this game and love to compete, and I believe in this team and my ability to deliver when called upon. It all starts with great preparation and I am ready to go."

Roethlisberger, a native of Lima, OH, is a six-time Pro Bowler and has led the Steelers to a pair of Super Bowl victories.