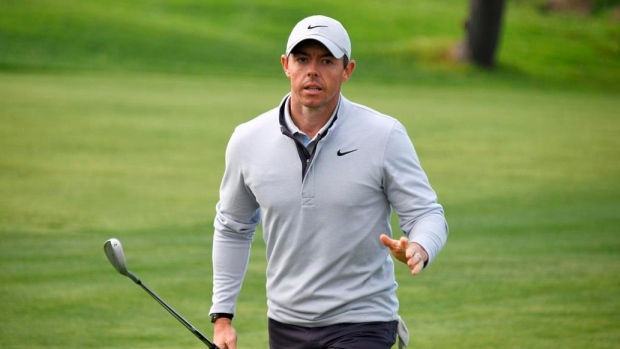 SAN DIEGO — The PGA Tour is raising the prize money at The Players Championship to $15 million, making it the largest purse in golf unless any of the majors decide to up the ante this year.

The winner of March 12-15 event at TPC Sawgrass in Ponte Vedra Beach, Florida, will receive $2.7 million, nearly as much as Tiger Woods earned in his first two seasons as a pro.

PGA Tour Commissioner Jay Monahan announced the increase at the annual players meeting this week at Torrey Pines during the Farmers Insurance Open, according to several players.

The tour typically does not release information on the prize money, wanting the focus to be more on prestige than cash. But it also has a history of wanting its premier event to reflect that in the money available.

“It's our flagship event,” Xander Schauffele said. “It needs to counterbalance the major championships, and it's putting a nice incentive out there. I'm not upset by it.”

Rory McIlroy won last year when the purse was $12.5 million, the same prize money as the U.S. Open. The Masters had a purse of $11.5 million, while the PGA Championship offered $11 million and the British Open purse was $10.75 million.

“It feels like it keeps going up and up and up,” said Jason Day, who won The Players in 2016. “That's great. I'm not complaining.”

PGA Tour players privately grumbled a few years ago when the USGA signed a 10-year deal with Fox Sports worth a reported $1 billion while the U.S. Open purse featured only gradual increases.

Brandt Snedeker was among those who felt this would challenge the four majors to increase their purses.

“As a player, I feel good about it,” Snedeker said. “The Players does it to push the majors to keep up. The majors are huge money-makers, and we're getting a small percentage of that.”

The PGA Tour has no ownership in the four majors, which are organized by Augusta National, the PGA of America, the USGA and the R&A.

The $2.7 million is not the largest prize in official money. The DP World Tour Championship that concludes the European Tour pays $3 million to the winner.

The PGA Tour offers $15 million for the winner of the Tour Championship, but that is considered bonus money from its season points race.

But the purses for PGA Tour events are likely to keep increasing, especially after the tour wraps up its latest round of television negotiations.