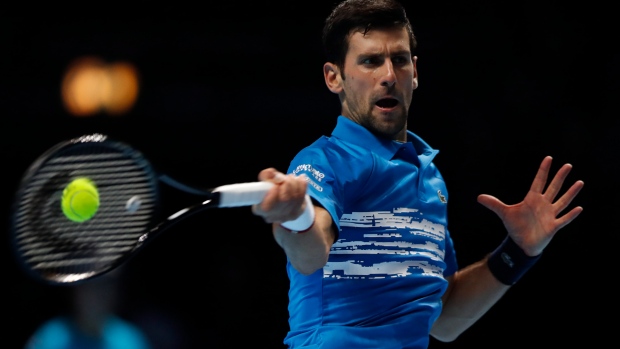 MADRID — At the halfway point, the revamped Davis Cup Finals are drawing praise and criticism.

On the one hand, matches have excited and the crowds thrilled. On the other, late night finishes and exploited loopholes in the rules have annoyed the players.

After nearly 120 years of playing the Davis Cup throughout the year and around the world, the event was sold to an investment group to distill it into a one-week championship in one city to make it more lucrative and attractive.

The action hasn’t disappointed. Defending champion Croatia was knocked out in the group stage on day two, and the United States, the Davis Cup’s most successful team, failed to advance on day three. The knockout stage began on Thursday.

But the players have given mixed reviews, and its clear adjustments are needed.

Even with ties reduced from five to three matches, and matches reduced from five sets to three, almost no one has enjoyed the extremely long time needed to complete the ties. The latest post-midnight finish was the Italy-United States tie at 4:04 a.m. local time on Thursday, the second latest finish in major tennis history.

“I don’t even know where we are, what time it is, what day it is,” U.S. captain Mardy Fish said.

“That makes big trouble for us, for the players and the people who are coming to the stadium,” top-ranked Rafael Nadal says. “That makes the thing difficult. For me, that’s the only negative thing.”

Organizers quickly took action, announcing Thursday that they would switch to earlier start times to minimize the chance of late finishes.

The morning and afternoon sessions were brought forward 30 minutes beginning on Friday, with the new start times set for 10:30 a.m. (0930 GMT) and 5:30 p.m. (1630 GMT). In addition, the time between the first and second singles matches will be reduced from 20 minutes to 10 minutes, and the doubles match has to start within 30 minutes of the second singles.

Andy Murray was among the players who complained of a format flaw that allowed Canada to forfeit its doubles against the U.S. on Tuesday, handing the Americans a 6-0, 6-0 victory that could have affected other teams trying to qualify for the quarterfinals.

Canada decided to skip the match because it had already advanced and some of its players were injured.

“I personally don’t like that,” Serbia star Novak Djokovic says. “I mean, that shouldn’t be allowed, to be honest. I understand that Canada is through already, they won both of their ties ... and they wanted to rest their players for the quarterfinals and onwards. But I just feel it’s not fair. I think everyone should be obliged to come out and play.”

On Wednesday, Australia retired from its doubles against Belgium after playing only one game, citing injuring concerns with a player.

“It was an easy decision for me because I’m not risking him before the quarterfinals,” Australia captain Lleyton Hewitt said.

The complex calculations needed to decide which of the best second-place teams advanced from the group stage also was criticized, as they left fans and even teams unsure of what combination of results were needed. The Americans spoke as if they still had a chance to advance after beating Italy on Thursday, but the team had already been eliminated.

There was plenty of excitement in many matches, including Murray rallying from 4-1 down in the third set and 4-1 down in the tiebreaker against Tallon Griekspoor of the Netherlands on Wednesday. There was also the longest Davis Cup tiebreaker when Germans Kevin Krawietz and Andreas Mies edged Argentines Máximo González and Leonardo Mayer 6-7 (4), 7-6 (2), 7-6 (18) in 3 hours, 18 minutes.

“You’re playing against a different team the following day with quite different players, game styles. It’s difficult,” Murray says. “There’s not a lot of margin for error, which maybe makes the matches more exciting and a little bit more unpredictable. Maybe a little bit more stressful for the players.”

Critics, including some players, complained that taking ties away from their home countries would diminish the great partisan atmospheres. But although only Spain ties have enjoyed full crowds, the fan atmosphere at most matches has been surprisingly good.

Travelling groups of supporters have made up for their lack of numbers by making plenty of noise on the three courts of the Caja Mágica (Magic Box) tennis complex.

Croatians and Spaniards brought marching bands, Canadians and Belgians had drums, Argentines were their usual raucous, singing selves, and the Dutch were prominent, too.

“The sacrifice that had to be made, which is a pretty big one, and a lot of players complain about that, is that you don’t have a chance to play at home,” Djokovic says. “You know, for 99% of the nations, they don’t have a chance to play home ties. But this kind of format change had to create some kind of, I guess, sacrifice. I miss playing at home for Serbia in the Davis Cup.

“Organizers are doing their best to make this a successful week, a successful event. It’s a lot of responsibility and pressure on them because this is the most traditional, historic team event in our sport, over 100 years. So there's a tremendous burden of history on them to make it right.”