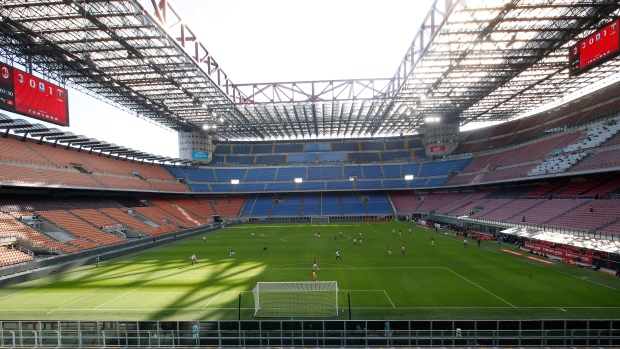 MILAN (AP) — Serie A champion Inter Milan was the latest club to have its offices raided by the finance police on Tuesday as part of the ongoing investigation into false accounting.

Authorities had raided the offices of Juventus last month to gather information on player transfers and agent dealings between 2019 and this year. Inter said the documents requested from it were related to the sale of players in the 2017-18 and 2018-19 seasons.

"The request was made by the Milan Public Prosecutor’s Office to verify that the relevant capital gains were correctly recorded in the accounts,” Inter said in a statement. "The club's financial statements have been drawn up in compliance with the most rigorous accounting principles.

“No Inter employee is being investigated," the club added. "No charges have been made. As the statement released by the Public Prosecutor's Office says, these are preliminary investigations.”

The investigation centers on inflated valuations that allow players to move from one club to another for officially far more than they are worth. These capital gains are known as “plusvalenze” and are a form of false accounting.

More clubs in Italy and in Europe are reportedly been investigated because of similar transfers.