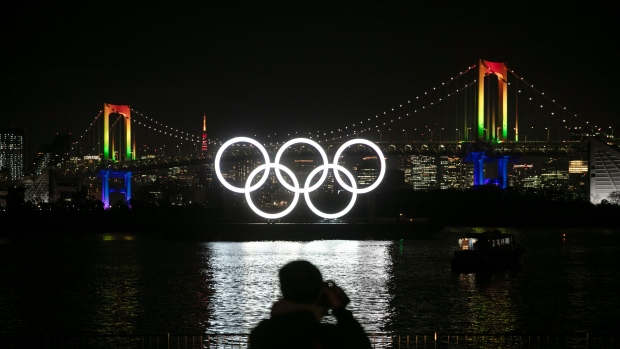 “We would be fooling ourselves if we thought there could be resolution by the end of the summer.” Pound said in an interview with TSN on Monday.

“I think the way this has gone ­– I don’t think the magnitude of the problem will diminish by July.

"It’s going to get worse before it gets better so I think on balance we would be fooling ourselves if we thought there could be resolution by the end of the summer."

Pound added he thinks the Games should be postponed not until the fall, but for a full year.

"I don’t see an October-November timeframe for a number of reasons, not the least of which the sports schedules in Europe and North America are just packed full during that period. For me it looks more feasible postponing for a year and slipping into that summer schedule.

"I think the sport community could be nimble enough to do ‘take two’ a year later."

Scheduled to be held from July 24 to Aug. 9, the Olympics would be the latest major sporting event to be postponed in the wake of the coronavirus outbreak. The NBA, NHL and MLS have all suspended their regular seasons, while MLB cancelled spring training and delayed the beginning of its season. Euro 2020, scheduled from June 12 to July 12, was delayed until 2021.

Pound’s comments come after The Canadian Olympic Committee and Canadian Paralympic Committee issued joint statements Sunday night, saying that they refuse to send their teams to Tokyo unless their respective Games are pushed back.

Pound said he thought the COC could see a postponement coming when they made their decisions.

"I think the Canadian Olympic Committee’s decision was made a lot easier by the fact that they knew by the time they made that decision that the trigger had been pulled and it was not likely to be a cancellation but a postponement."

Canadian basketball star Kia Nurse said she was proud of the COC for taking the first step and making a hard decision.

"It’s obviously super disappointing from an athlete’s perspective. Obviously we all, as athletes, understand the importance of what’s going on right now," Nurse told TSN. "The best part about it is we are proud of Canada and the COC for making a tough decision. Somebody had to step up and be the leader and it was us."

Nurse also said the COC's decision puts some pressure on the IOC.

"Now the ball is really in the IOC’s court. They have the decision that if they do postpone it for 12 months then we have the opportunity to go and fulfil our dreams still."

Even though it’s an emotional decision I think it’s definitely the right decision," two-time Gold medallist Rosie MacLennan said. "I’m really proud that Canada has taken a leadership position. And also provide some clarity for its athletes. High performance sport isn’t the priority right now. We need to be focusing on what’s going on around us and ensure that we’re protecting ourselves, the people around us, and our country.

The IOC said March 17 that it remained, "fully committed to the Olympic Games Tokyo 2020, and with more than four months to go before the Games there is no need for any drastic decisions at this stage; and any speculation at this moment would be counter-productive."

Six-time Canadian Olympian Hayley Wickenheiser, who is also a member of the IOC Athletes Commission and in training to become a doctor, called out the IOC’s decision at the time.

"To say for certain they will go ahead is an injustice to the athletes training and global population at large," said Wickenheiser, a six-time Olympian and member of the IOC Athletes Commission. "We need to acknowledge the unknown.

"From an athlete perspective, I can only imagine and try to empathize with the anxiety and heartbreak athletes are feeling right now. The uncertainty of not knowing where you're going to train tomorrow, as facilities close and qualification events are cancelled all over the world would be terrible if you've been training your whole life for this.”