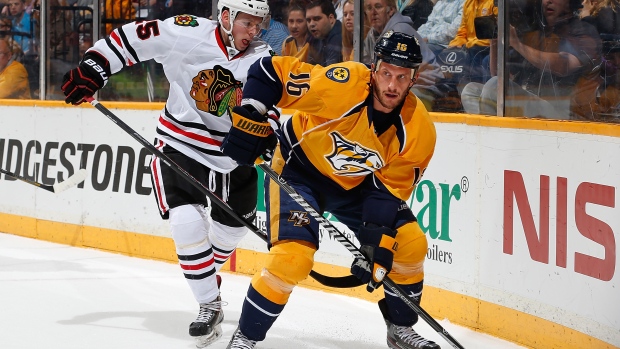 NASHVILLE, Tenn. - The Nashville Predators have placed forward Rich Clune on waivers and assigned forward Viktor Stalberg to Milwaukee on a conditioning assignment.

The Predators announced the moves Tuesday.

Clune had played only one of the first eight games. General manager David Poile says they hope Clune clears waivers so they can assign him to Milwaukee in the American Hockey League and recall him in the future.

The Predators needed the spot because they are activating forward Matt Cullen off injured reserve in time for a six-game road trip starting Wednesday at Edmonton. Cullen suffered an upper body injury Sept. 24.

Stalberg had a lower-body injury in training camp that kept him out of the preseason. He skated in five games, but the Predators want him to tune up in Milwaukee.