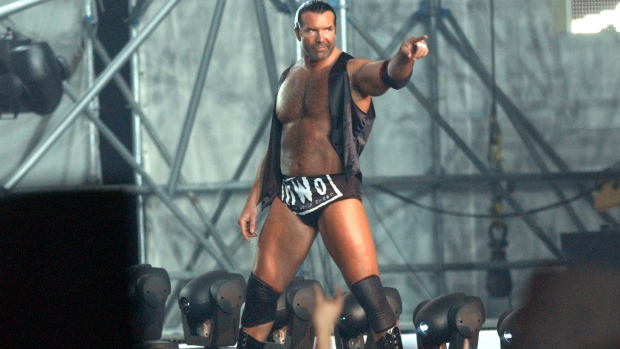 Former WWE and WCW star Scott Hall has died at 63.

WWE is saddened to learn that two-time WWE Hall of Famer Scott Hall has passed away.

The pro wrestling legend was placed on life support on Saturday after suffering three heart attacks due to complications from hip replacement surgery. Hall was initially hospitalized on March 2 after falling and breaking his hip.

Hall’s friend and former tag-team partner Kevin Nash announced on Instagram that Hall would be taken off life support once his family was in place at Wellstar Kennestone Hospital in Marietta, Ga.

“Scott’s on life support. Once his family is in place they will discontinue life support,” Nash wrote Monday. “I’m going to lose the one person on this planet I’ve spent more of my life with than anyone else. My heart is broken and I’m so very sad.

“As we prepare for life without him, just remember there goes a great guy. You ain’t going to see another one like him.”

A native of St. Mary’s Country, Md., Hall was one of the biggest wrestling stars of the 1990s, rising to prominence under the ring name “Razor Ramon” in the World Wrestling Federation before moving to World Championship Wrestling in 1996, where he was one of the founding members of wrestling’s most iconic faction, the New World Order.

Alongside Nash and Hulk Hogan, Hall and the nWo were a large part of the “Monday Night War” that took place between the two wrestling promotions in the late 90s.

Hall was inducted into the WWE Hall of Fame twice, once as a singles competitor in 2014 and again as part of the nWo in 2020.

Hall is survived by his son, Cody Taylor, and daughter Cassidy Lee.