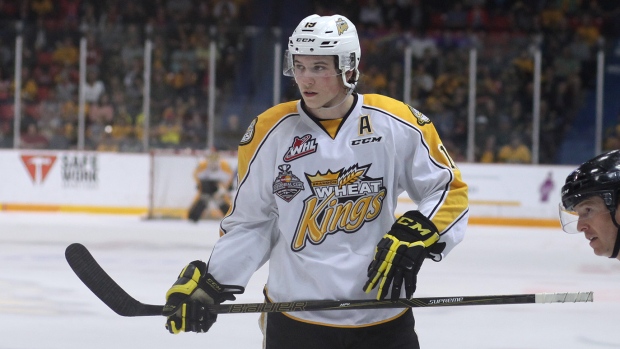 Nolan Patrick will not take part in the World Junior Hockey Championship. Patrick is the projected number 1 pick in the 2017 NHL entry draft.

Hockey Canada has announced Patrick has not been medically cleared and will not participate in the event, which kicks off in Toronto on Boxing Day.

Nolan Patrick has not been medically cleared to attend the National Junior Team selection camp and will not play at @HC_WJC. No replacement.

The 6-foot-3 centre has been hampered by injuries this season. He had surgery in July to repair a sports hernia. Patrick has played just six games picking up four goals and five assists.

Meantime, Hockey Canada hopes to learn more about the status of Blake Speers of the Soo Greyhounds Tuesday. He has played just one game this season in the Ontario Hockey League, and dressed for three games with the New Jersey Devils.

Speers has been out with a broken wrist.

. @HockeyCanada awaiting an update on Blake Speers (SSM/NJD), who sees Dr. tomorrow for his broken wrist. Hasn't played since Oct. 27.